Former NFL player and Green Bay Packers linebacker coach Kevin Greene smiles while being announced over the public address system as he walks onto the field as a new member of the Pro Football Hall of Fame before the 2016 NFL Pro Football Hall of Fame preseason football game against the Indianapolis Colts on Sunday, Aug. 7, 2016 in Canton, Ohio. The game was canceled for player safety reasons due to the condition of the paint on the turf field. (©Paul Anthony Spinelli) 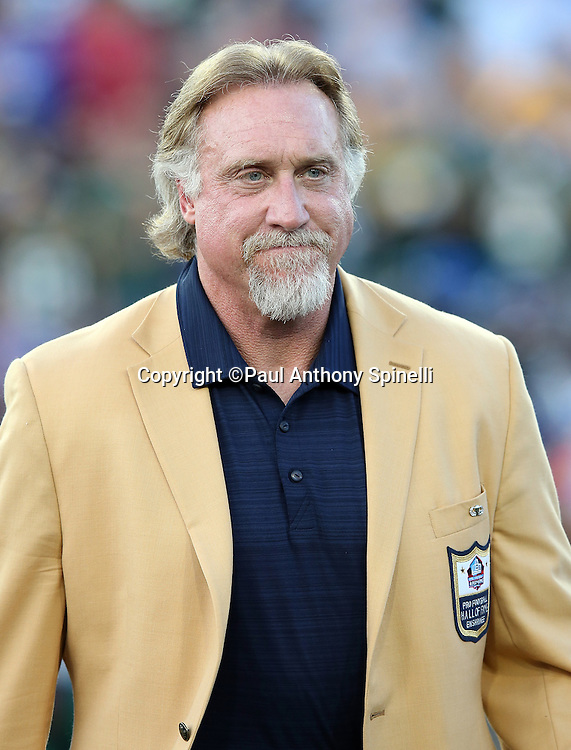