A group of Green Bay Packers fans look on while their daughters are dressed in team logo'd tutus, one of whom cries with a pained expression of sorrow on her face, much like the fans who didn't get to see the game, before the Green Bay Packers 2016 NFL Pro Football Hall of Fame preseason football game against the Indianapolis Colts on Sunday, Aug. 7, 2016 in Canton, Ohio. The game was canceled for player safety reasons due to the condition of the paint on the turf field. (©Paul Anthony Spinelli) 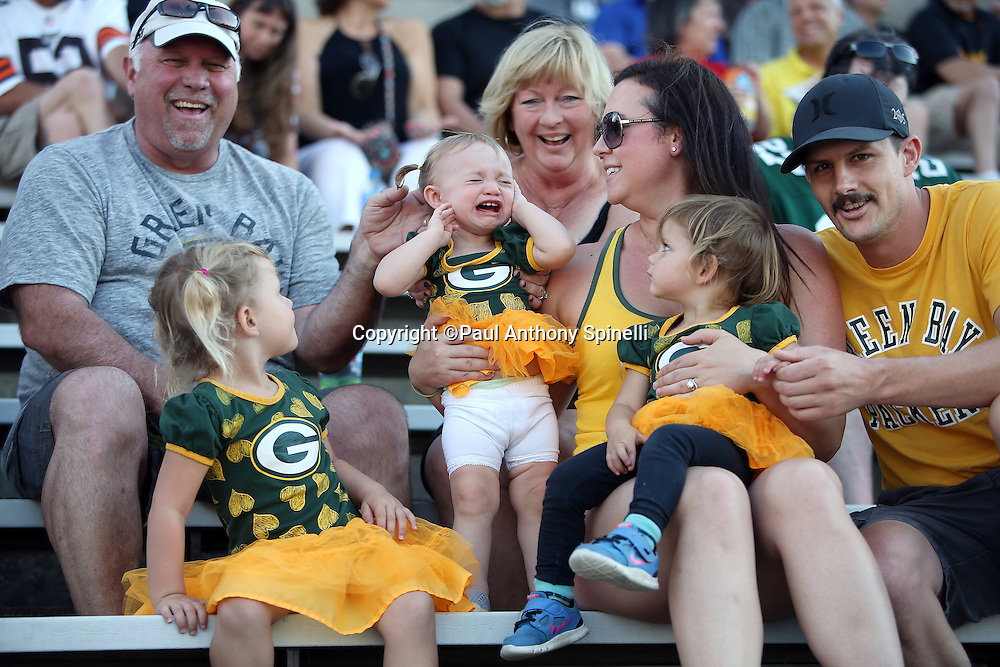