Memberss of the Indianapolis Colts and Green Bay Packers join members of the Pro Football Hall of Fame Class of 2016 during the public address announcement canceling the game before the 2016 NFL Pro Football Hall of Fame preseason football game between the Indianapolis Colts and the Green Bay Packers on Sunday, Aug. 7, 2016 in Canton, Ohio. The game was canceled for player safety reasons due to the condition of the paint on the turf field. (©Paul Anthony Spinelli) 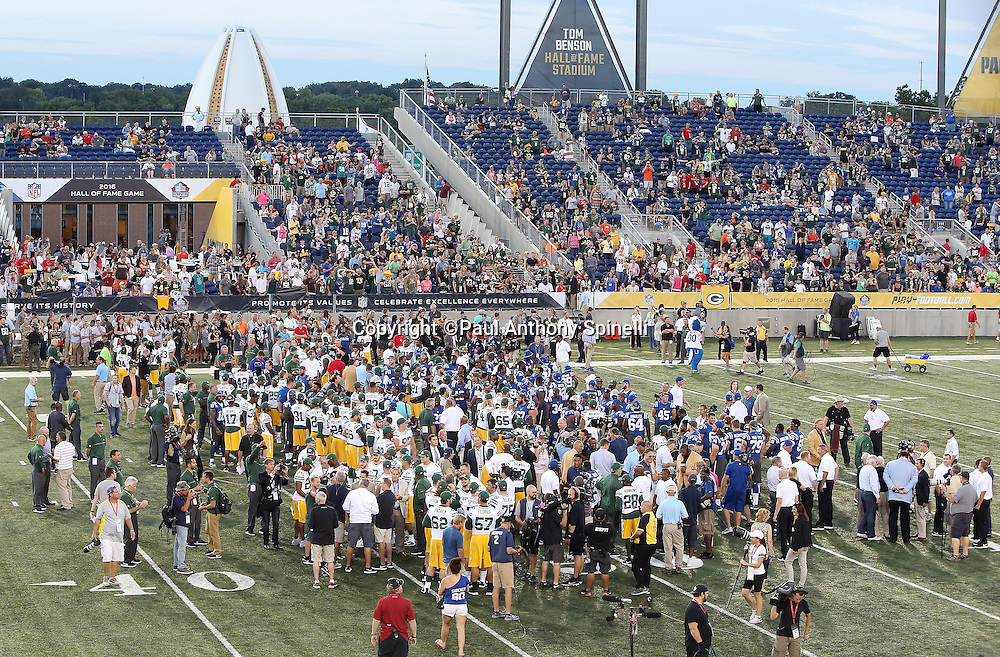